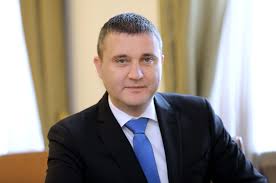 “No country has grown poor because of the euro, just the contrary – there is a sharp improvement in the economic situation”, the finance minister said.

“If we look at the numbers, the state is developing very successfully. The incomes are growing in double digits, the average incomes already exceed 1300 BGN. When he started this term, the average salary was about 880 BGN. There are many indicators that disprove the thesis that the state is in crisis and institutions are not working. ” This was stated by Finance Minister Vladislav Goranov in an interview on Nova TV.

Regarding Bulgaria’s entry into the Eurozone waiting room, Goranov is adamant that ordinary citizens have nothing to worry about.

“Those who are currently waving flags, such as the MP Gechev, have made it so that before the currency board is in place the lion depreciates sharply. It is precisely because of the fears that Bulgarian citizens are currently manipulating that the debate on the euro is worth continuing, ”the finance minister said. He recalled that our country was moving to the euro the moment it joined the EU.

Vladislav Goranov disagrees with the president’s claims that Portugal has become impoverished since the adoption of the euro.

“No country has grown poor because of the euro, just the contrary – there is a sharp improvement in the economic situation”, the finance minister said.

As for gambling scandals, the minister dismissed allegations that the law allowed operators not to pay the required fee.

“The law has been misapplied all the time in agreement between the Commission and the relevant gambling operators. They declared what they wanted and the Commission accepted what they declared, “Goranov said. “We have regularly seen the reports the way they were declared,” he said, and denied he knew of the violation of the law. The Finance Minister added that about 700 million BGN with interest have already been claimed. These are the acts issued by the Gambling Commission.

“I haven’t scratched tickets off. I have watched many people and I have felt sorry for them refueling for 10 BGN and buying tickets for 30 BGN. That is why we have united in the proposal of Mr. Simeonov to try to restrict access to it, ”Goranov said.

The finance minister responded to criticism from the opposition and the president that Bulgarians are the poorest.

“The problem for the president is that from the first days he took office, he had to take over the executive branch. He could not stay only within the framework of the presidential institution, as it is under the Constitution, “Goranov said. “That day threatened us with an official government, which is actually a legal possibility existing in the Constitution.”

The finance minister commented that the president has no right to withdraw trust from the government, this right is vested in parliament. Regarding Rumen Radev’s appeal, the prosecutor’s office should “look into widespread corruption in the executive branch”.

“If there is any specific data and evidence, it is his duty as a citizen, in addition to being head of state, to file these signals with the prosecutor’s office. I look at the requests of Attorney General Geshev that there are no untouchables. This is an easy case to solve, “Goranov said.

is registered as a separate legal entity in the register of law firms in the Sofia Bar Association. It took over the entire activity of the Law Firm of the Lawyer Georgi Horozov, Doctor of Law, who started his practice in 1997.

Made by We Work With You
© Copyrights 2020 Horozov Lawyers, All rights reserved.
* Type a keyword then press Enter